We are so fortunate to have Irish country house gardens: go visit one now

Everybody loves a garden, especially in May with its flowers and bright new green leaves. The book Digging New Ground: The Irish Country House Garden 1650-1900 took shape in the era before Covid-19, when people were not generally as aware of the natural world as they are now. Those few enclosed years spent dreaming about gardens or pottering about in any available open space have left many convinced of their fundamental importance to humankind.

Old gardens contain a condensed knowledge of the environment, observed, studied and manipulated for generations and Ireland has many great surviving examples from the 17th, 18th and 19th centuries.

Our location on the edge of the Atlantic Ocean where we benefit from the proximity of the Gulf Stream encourages rich and extraordinary planting palettes. Where else can rough heather and bracken-strewn highlands soar over lush, semi-tropical valleys of New Zealand Dicksonias save at gardens such as Kells Bay, Co Kerry? Although places like Derreen, Co Kerry enjoy backdrops of the wild Atlantic they have also to contend with formidable rocky foregrounds and there is no need to remind any Irish gardener of our many, many slugs.

But how do Irish gardens differ from other national and geographical examples, and to what extent is this due to a mixture of climate, topography, soil, society and the choices and inclinations of individual people? What gives the Irish country house garden its distinctive character? Sitting at a rond-point of nature, culture and history, it continues to be a place where the Irish, British and European horticultural traditions potently collide. This lends the Irish country house garden a strange beauty, as memory, pleasure and tragedy glide along its avenues and sidle through its glades.

The book celebrates this complex character by looking at garden-making in all its many dimensions – plan, section and relationship to buildings and natural features, as well as the colour, massing and individual habits of trees, shrubbery and flowers. Chapters are devoted to kitchen gardening, rustic folly buildings, greenhouses, overlooked landscape designers, plant-hunting, modern country house garden design and the fundamental importance of trees. The writers – historians and designers Terence Reeves-Smyth, Vandra Costello, Ruth Musielak, Stephen Daniels, Laura Johnstone, Jonathan Phibbs, Thomas Pakenham, Séamus O’Brien and Catherine FitzGerald – celebrate with us the great cultural achievement of the Irish country house garden.

Many of the book’s chapters ask how the long, and often reluctant, embrace of Britain and Ireland in the north-eastern region of the Atlantic Ocean affected patterns of landscape design – and not only for the smaller island. Landscaping and gardening were 18th-century forms of improvement – and often the most revered, for they directly improved agriculture, then the most important economic activity.

If highly desirable during early periods of Irish gardening, improvement became a matter of absolute necessity in the 19th century when the presence of gripping rural poverty and the social and political urgency of a society in agricultural crisis, forced uncomfortable questions of elite Irish gardens. One model example, produced to address this urgency, was Kylemore Castle, laid out in a most unexpected location – Connemara, then one of poorest regions in nineteenth-century Europe – and at a seemingly inopportune moment in time, namely in the aftermath of Ireland’s Great Famine of 1845-49. But Mitchell Henry meant not only to build himself a great house and designed landscape: his intention was to improve the form, management and wider estate landscape of a very deprived environment, even as it also expressed inequalities that are disquieting today.

In the late 19th and 20th centuries, Catholic religious orders frequently became the unofficial successors to a vanquished gentry, conserving many of Ireland’s great gardens, if altered for new purposes. However, the many interesting and nuanced gardens that these orders either conserved or created have until now received little, if any, notice and their complex contributions too often lost through redevelopment.

One worthwhile State initiative was the Great Gardens of Ireland restoration programme that did much to conserve some key gardens and landscapes in the late 1990s and could be revived again. It would have to grapple effectively with past gardeners’ predilections for specific plants (notably rhododendrons) while solving pressing ecological imperatives and the challenges of biodiversity.

The different priorities of ‘the plantsman/woman’s garden’ and the ‘aesthetic/design garden’ are often difficult to reconcile, a situation made more difficult by a pronounced professional divergence in the education of ‘landscape architects’ and ‘gardeners’. Should professional education not be made more interdisciplinary, surely a matter of substantial urgency? Could we not send architects and engineers on work placements to the National Botanic Gardens and horticulturists into architectural and engineering practices?

In 2009 the Irish State began publishing an inventory of designed gardens and landscapes for the first time (The National Inventory of Architectural Heritage’s Garden Survey, see buildingsofireland.ie). Another ground-breaking initiative, it gave Ireland a new way of thinking about landscape heritage because it was less governed by that ancestral obsession of Irish people: the artificial boundaries of property.

With the inventory, Ireland began to acknowledge, adopt and use its substantial heritage and tradition of landscape design, as represented overwhelmingly in the country house garden – by far the easiest designed landscape to identify on a map. This late discovery was made despite the irony that Ireland is renowned and recognised throughout the world for the quality and significance of its landscapes to a far greater degree than for its townscapes and, arguably, its architecture. Yet it is still substantially more straightforward to enhance and conserve an Irish urban or architectural environment than its landscape counterpart.

Gardens have always been made to support a life engaged with the natural world by adapting the environment in creative and holistic ways. This is the potential of garden history: it contains a database of past solutions to many of the environmental, landscape, gardening and planning issues that plague us today. Development supported the landscape rather than exploited it. Designers began with the outside space rather than adding it as an afterthought. Ireland’s extraordinary landscape assets are brought into sharp focus by these exceptional gardens. We are so fortunate to have them – go visit one now.
Digging New Ground: The Irish Country House Garden 1650-1900 is available online at www.igs.ie or in all good bookshops. In Harmony with Nature, the Irish Country House Garden 1600-1900 exhibition exploring the history of the Irish Country House Garden is free to view at the City Assembly House, Dublin 2 running from May 20th to late July.

LOUISVILLE, Ky. — International Japanese garden designer Shiro Nakane was 35 minutes into a search that would take him back about 300 million years. He was walking the broad moonscape 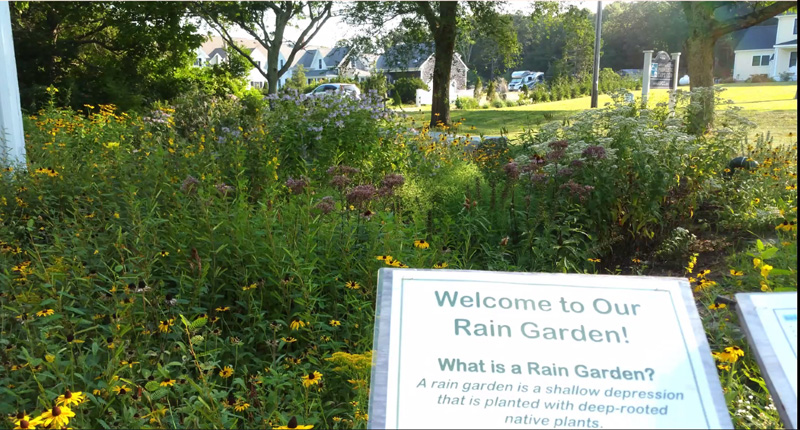 Updated February 12 Kristen Andres, the associate director for education at the Association to Preserve Cape Cod, led a presentation about how to use landscaping to collect stormwater on one’s 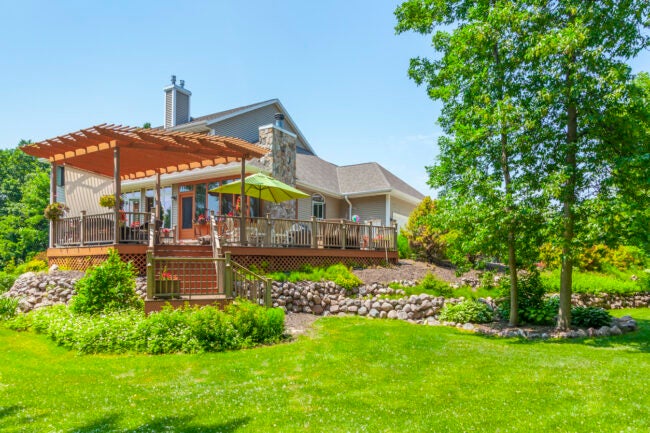 Photo: istockphoto.com Incentivize yourself to spend more time enjoying your yard and garden. Fresh air, natural light, and the right backyard landscaping ideas convert your outdoor space into a highly