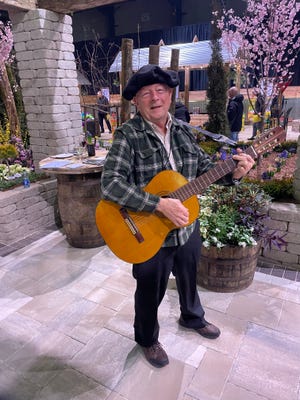 Instead of spending a fortune on an Elvis Presley impersonator for his nursery’s “Gardens That Rock” display at the Spring Dispatch Home & Garden Show in 2011, Roger Seely Sr. jazzed up a $35 costume of the King and broke out his guitar.

With 52 years of crafting garden displays and playing characters under his belt, Seely is back at this year’s Home & Garden Show with his guitar once again, joining a long list of featured landscapers and exhibitioners.

The show runs through Sunday at the Ohio Expo Center, 717 E. 17th Ave., and Seely and other veterans of the exhibition say they still have a burning love for the event, even after several decades of participating.

“Nothing’s the same as it used to be, but it evolved,” said Linda Owens, who owns Cabinetworks Kitchens in Grandview and is a 46-year exhibitor with the show. “Thankfully we’ve been able to evolve with it, and I’m happy to be here.”

After serving in the Army and walking through discovery gardens throughout Europe in the late ’60s, Seely said he was inspired to start his landscape and nursery business in his home state of Ohio for busy Americans. Since then, he said, Seely’s Landscape Nursery in Hillard has grown into what it is today.

“Americans have no time to maintain anything, so I started with dwarf conifers and small growing plants so they don’t have to be out there maintaining it,” Seely said. “Our nursery has 2,000 species when a lot of other guys only have 200.”

Seely said he’s dressed up as dozens of well-known characters, from Monet to Johnny Cash, since first joining Home & Garden Show a half-century ago and racking up several Best in Show and People’s Choice awards along the way. But the costumes aren’t everything.

As a family business, Seely said his two sons are part of every step of running the nursery and crafting their display each year, getting more than 90% of their business from the show. Since his sons started designing the show more than a decade ago, the displays have become even more extravagant, he said.

“This year, we’ve got over 100 hyacinth bulbs, alternately planted pink and purple,” Seely said. “There’s one spot that you can stand in the middle of the garden and it is unbelievably fragrant.”

Owens, of Cabinetworks Kitchens, said she has met new customers, connected with long-time clients and watched other vendors come and go with her nearly 50 years with the show.

As one of the oldest cabinet and kitchen refacing companies in the area, Owens said Cabinetworks taught everybody else in the business what they know. Newer vendors, Owens said, often look to her for advice on everything they might need to know about the show.

“I’m willing to share my knowledge of the ups and downs, but I feel like there are people that will say, ‘Well ask her, she’s been around forever she should know,'” Owens laughed. “I’m not guaranteeing that it’s right.”

Ellen Purcell, owner of Riepenhoff Landscape on the West Side, is a 42-year participant of the show. This year, Purcell and her business are back with a featured garden, “Blues, Brews and BBQ.”

The Home & Garden Show is a great way to reach new people and show off Riepenhoff’s work, which includes every part of the landscaping business including design, installation and maintenance. Set under theatrical stage lighting, Purcell said this year’s show has something new: weeping willows, open smokehouses and a water fountain in the shape of a saxophone.

“We want people to just sit down and relax in a beautiful setting,” Purcell said. “It’s supposed to be a casual setting in your backyard to have friends over with a real homey feel.”

Though she has not been around for all of the show’s history, Purcell said that the show changed from small displays in the 1950s to the large, lush gardens of today. Adding natural lighting, dedicating the Celeste Building just for gardens and crafting more extravagant displays have helped elevate the show over the years, she said.

These aspects all help future customers envision the gardens as their own and start building, Purcell said.

“The whole idea is that it should make you feel at home and comfortable when you go through the gardens,” Purcell said. “It’s a good place to exhibit what we can do for the general public, whether they’re going to buy something this year or in 10 years.”

Seely, Owens and Purcell all said they plan on returning to the Spring Dispatch Home & Garden Show next year.

“As long as I’m capable, I’m going to make an appearance,” Owens said, with a laugh. “I don’t want anybody to think I died.” 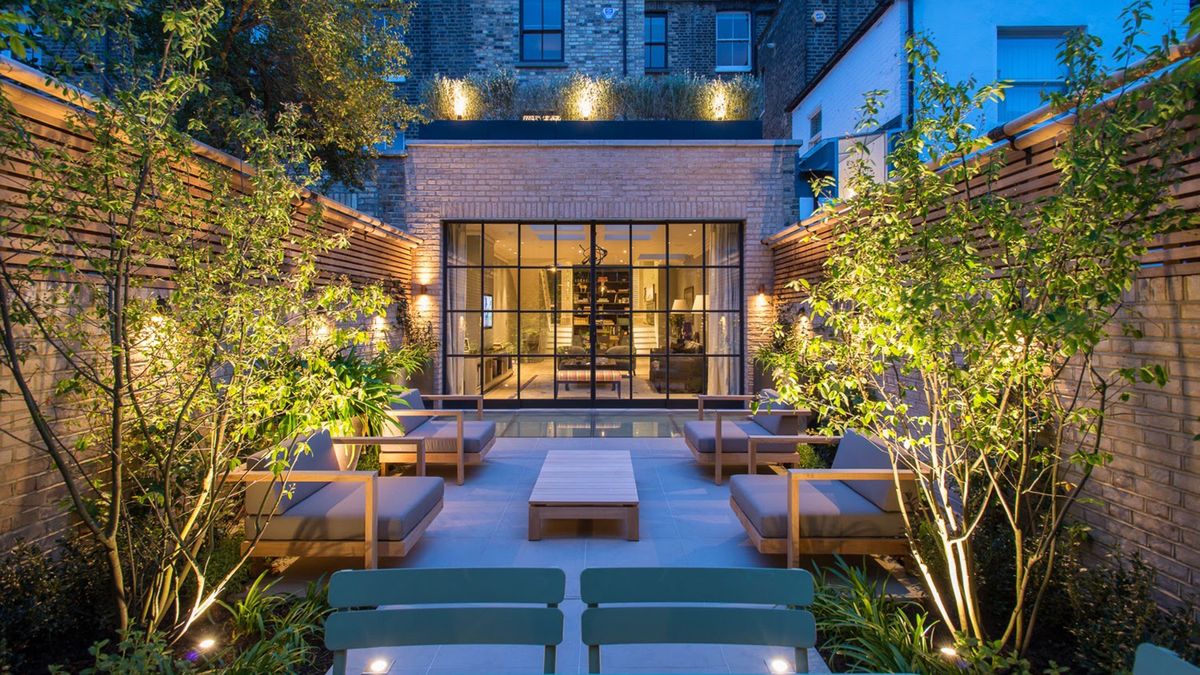 You can design an entirely different look for your garden at night using clever lighting landscape ideas to create beautiful new effects. The trend is for washes of light that Contact: Vanessa Beeson Leflore County Elementary School Principal April Smith cuts the ribbon as students and other leaders from the local area and Mississippi State University look on during a 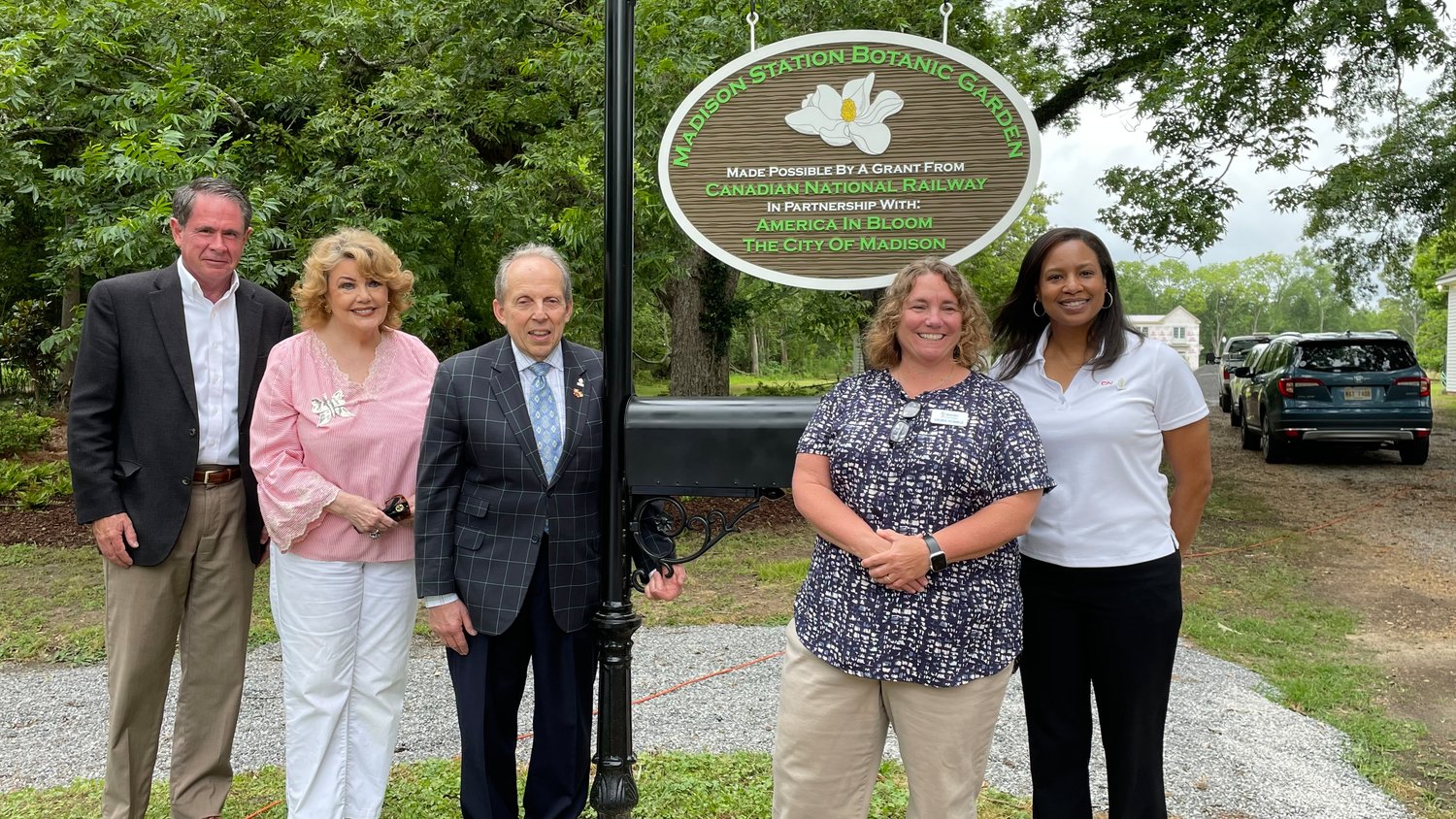