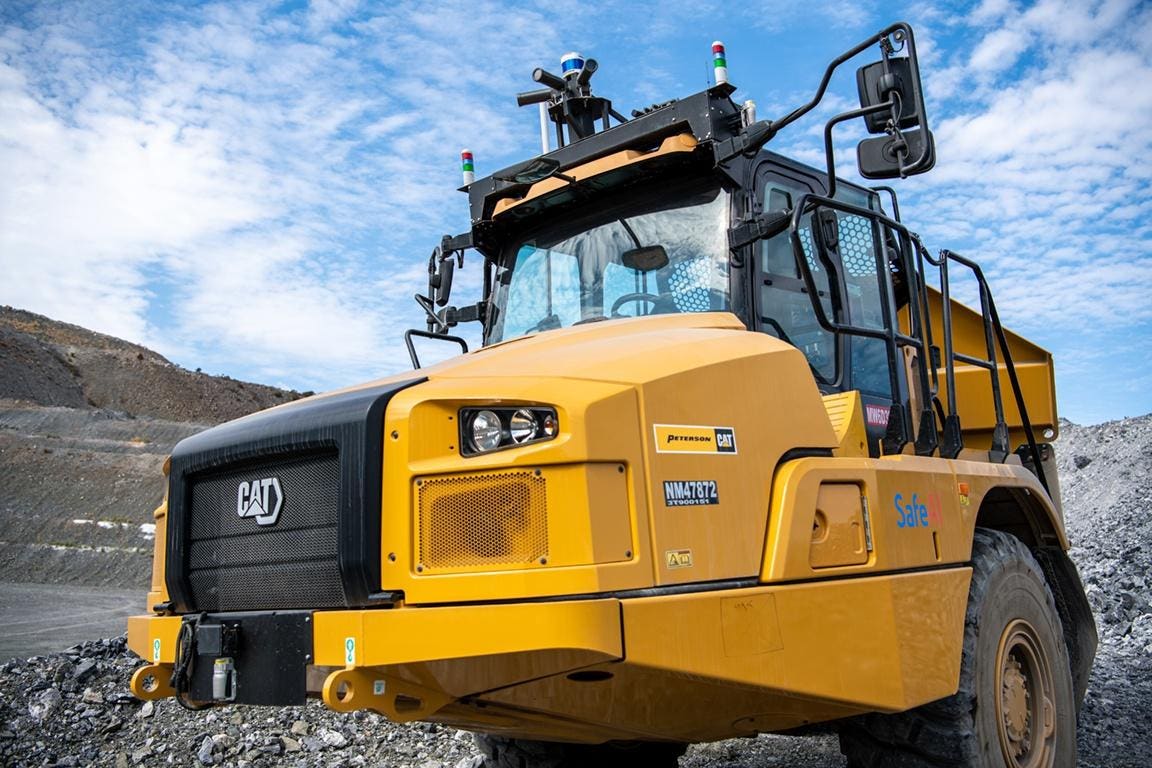 SafeAI has announced an agreement with Siemens to create an autonomous, electric fleet for Japan-based construction company Obayashi. SafeAI and Siemens will take a retrofit approach to enable Obayashi to scale faster with its existing fleet. This partnership is yet another sign of automated driving spreading into ever more nooks and crannies where vehicles operate.

SafeAI and Obayashi announced an initial partnership in 2020, focused on retrofitting a Caterpillar 725 articulated dump truck to conduct automated load-haul-dump cycles. Operating at a construction site in California, the vehicle has completed over 580 of these cycles.

In 2021, SafeAI and Siemens signed an agreement to jointly work on retrofitting off-road heavy vehicles for autonomy, zero emission and connected applications, due to the increasing convergence of these three megatrends in vehicles. SafeAI brings autonomy expertise while Siemens has extensive hardware and software expertise in both zero emission powertrains and the necessary supporting infrastructure.

Earlier this year, a fleet of 300 construction trucks—ranging from 45–65 tons and operated by Obayashi Corporation—was identified to be retrofitted for autonomy and zero emissions. Last month, the companies began retrofitting the first vehicle, which is expected to be ready by the end of 2022. Over a three-year period, the team will continue scaling across the entire fleet.

“At SafeAI, we’ve always been committed to making heavy industry safer and more productive. Now, in partnership with Siemens, we can add ‘more sustainable’ to that list,” said Bibhrajit Halder, founder and CEO of SafeAI. “Siemens has already built a track record of advancing on-road electrification. Now, together, we can deliver these capabilities, at scale, to off-road industries.”

For this project, the partners estimate that the total cost of ownership for the retrofitted electric vehicle will be 15-30% less than that of the original internal combustion engine vehicle. “Heavy vehicle retrofit for autonomy and zero emission is an innovative yet cost-effective solution that will fast track adoption of sustainable technologies for heavy vehicles. Not to forget, retrofit is a form of reuse or recycle and hence in line with circular economy principles to better meet net zero goals. Combined with creative financing models and rigorous focus on safety, there could be as many retrofitted zero emission heavy vehicles as newly built zero emission heavy vehicles by 2030,” said Zubin Sarkar, Head of Strategy, Business Development and Marketing at Siemens Commercial Vehicles. “In partnership with pioneers like SafeAI and Obayashi Corporation, we can imagine a more sustainable future for these industries.”

The project also incorporates an autonomy analytics suite. Simulytic, a new Siemens AG venture, has been established to help accelerate the deployment of autonomous vehicles by offering a platform accessible to regulators, government, insurance, tech developers and equipment operators. Andy Gill, Chief Operating Officer at Simulytic adds, “By creating a digital replica of the autonomous vehicle in its deployment environment, we can use our simulation technology to provide independent safety and performance analytics for both SafeAI and Obayashi.”

Obayashi has played key roles in public and private works such as Tokyo Central Station, Kansai International Airport, Dubai Metro project, and Hoover Dam Bypass Bridge. “We firmly believe the future of the construction industry is both autonomous and electric—and we’re determined to establish that future ourselves,” said Hiroto Sato, COO at Obayashi Silicon Valley Ventures & Laboratory. “We’ve already started to see the powerful impact autonomous technology can have through our work with SafeAI over the last year. Now, with SafeAI’s partnership with Siemens, we will pioneer more sustainable operations to continue leading the way toward a smarter future for our industry.”

I’ve been keeping an eye on the off-road market for some time. Off-road automation was originally trialed by Caterpillar in late 1990’s. But the tech too finicky and expensive, and the customers felt like they were being asked to buy a rocket ship. Now, executives in construction and resource extraction have been hearing about automated driving for over a decade and seen the massive strides made for robotaxi and automated trucks. They see the inefficiencies in their world and face a driver shortage just like the trucking companies. Per SafeAI, the overall customer motivation is “to create smarter, safer, more sustainable and productive” operational sites.

The Obayashi announcement comes only a few months after SafeAI announced a partnership with MACA, an Australian mining and resource sector contractor, to retrofit a fleet of 100 mixed vehicles for autonomy.

The construction equipment OEMs, such as Caterpillar, Komatsu, Volvo Construction, and others, no doubt continue to be in the game. As they gradually bring autonomy to their full product line, SafeAI may have to make some adjustments in their business plan. This is most likely years away. For now, though, there’s a significant installed base of retrofittable machines which SafeAI is just itching to get their hands on. 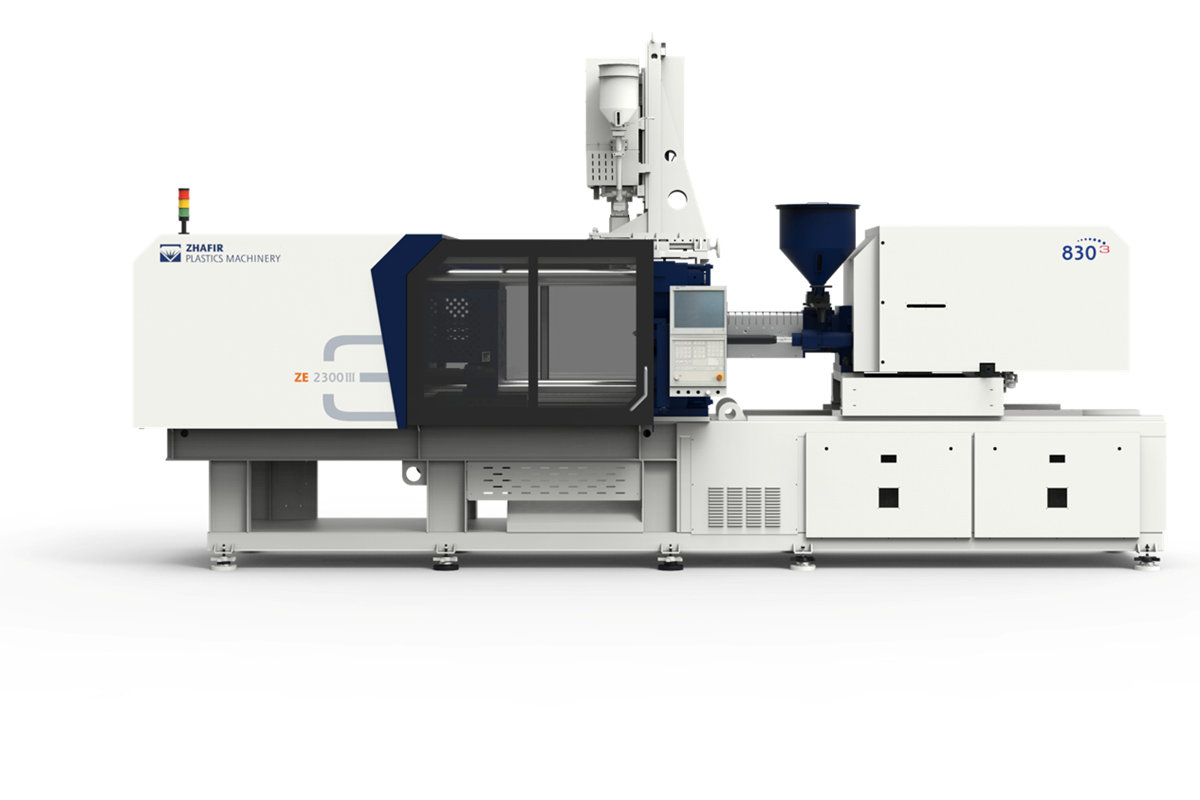 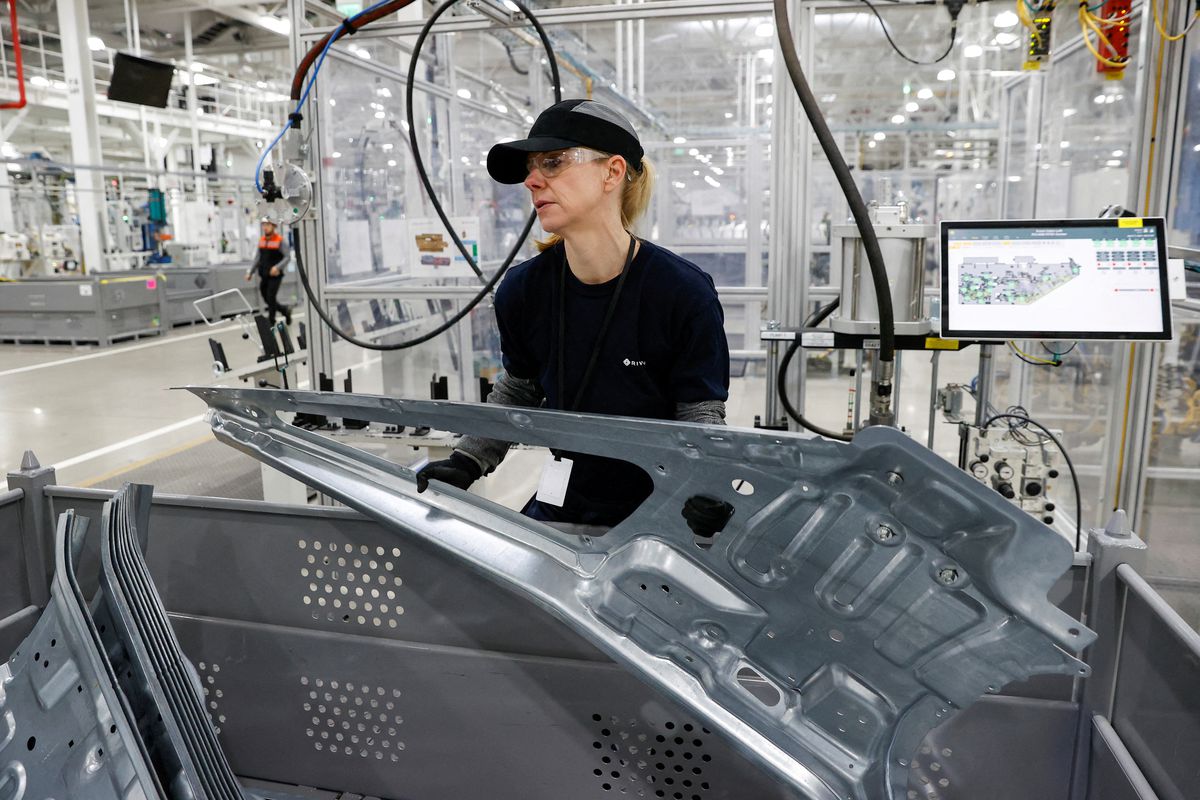 The metals’ scarcity means that the endlessly touted EV revolution will almost certainly be delayed, perhaps long delayed.KAMIL KRZACZYNSKI/Reuters Any successful politician is adept at finding the one bit of