GLBT AMERICA gardening Just moved into a house with a wild garden? Here’s how to tackle it

Just moved into a house with a wild garden? Here’s how to tackle it

Mistakes. We all make them. When it comes to taking on an established garden, we also inevitably inherit them. Those poorly constructed, rickety pergolas. The dodgy paving. The forlorn shrubberies and too-tall hedges. The overly vigorous climbers clogging up drainpipes, the outsized specimen trees casting gloomy shade.

On the plus side, in taking on an established garden we also become the grateful beneficiaries of the many good decisions made by past owners. The charming specimen trees planted years ago that now give a precious sense of maturity to the site, offering several seasons of interest throughout the growing year as well as a precious habitat for garden wildlife. The pretty, evergreen climbers thoughtfully chosen to mask an ugly wall and provide colourful,pollinator-friendly flowers. The established shrubs skilfully picked to give shelter, screen ugly views, provide fruit and add colour, scent and foliage interest. The cosy seating spots designed to take full advantage of the evening sun.

The challenge for any new owner of an old garden, of course, lies in identifying those good elements from the bad, in telling the must keep from the must go. With that in mind, here are a few pointers worth bearing in mind.

1 Don’t be too hasty
Faced with a mature, overgrown garden where trees and shrubs are casting deep shade and limiting access, it can be tempting to cut them to the ground or ruthlessly prune them back. But remember that you’ll be cutting back decades of growth that, once gone, will take decades to replace. By removing an established tree or large shrub, you may suddenly expose ugly views, lose valuable shelter, damage important ecosystems and wildlife habitats and/or radically change the microclimate of your garden in such a way that it will seriously impact on the rest of the planting. You may also inadvertently remove choice plants that provide valuable interest at key times of the year or that are rare in cultivation. Certain woody species also respond very badly to severe pruning, especially if it’s done at the wrong time of the year, while unskilful pruning can permanently disfigure a plant as well as potentially introduce disease. Which brings us to…

2 Give yourself time
Ideally give yourself a full gardening year to get to know and understand your new old garden’s community of established plants, making sure to take plenty of notes and photographs along the way for reference. If you can, try to compile a rough inventory of these (enlist a knowledgeable gardening friend and/or use one of the better gardening ID apps such as Picture This to help you identify them) and then mark them down on a drawing of the site before assessing how important they are to the overall design. Google Maps is a great way to get a birds-eye map view of your garden that you can then print out/ trace over easily to use as a scaled site survey. Also bear in mind that instead of just cutting them down, overly large trees and shrubs can always be skilfully pruned to reduce the size of their canopies or to lift them, freeing up space and allowing lots of light and air to filter into the garden.

3 Don’t be too sentimental
When it comes to overly mature plants, sometimes it’s time to say goodbye, especially when and if they’re poorly situated, badly chosen in terms of their suitability for your garden’s growing conditions and/or show signs of damage and disease. Or perhaps you just loathe a particular specimen so much that the mere sight of it is enough to make you grind your teeth (we all have our prejudices, I feel this way about variegated poplars, Leylandii hedges and the liverish-leaved Acer Crimson King). The same goes for poorly constructed, badly situated or very dated-looking garden features – patios, pergolas, gazebos, raised timber beds, rockeries – installed by a previous owner many years ago and perhaps now well past their best. Or perhaps they never had a best and were a mistake from the start – another good reason to move on. If in doubt, employ the services of a good garden designer to give you expert advice (see glda.ie for a nationwide list of members of the Garden & Landscape Designers Association)

4 Study the microclimates
Take the time – again a full growing year is ideal – to study your new garden’s different microclimates. Where does the morning sun reach? Which are the sunny, sheltered spots? The windy corners? The damp areas? The challenging stretches of dry shade? When do the first harsh frosts of autumn usually come? Or the last killing frost of spring typically arrive?

5 Earth works
Get to know its soil. Intimately. Is it heavy or light? Free-draining or inclined to winter wet and compaction? Hungry or fertile? Your garden’s previous owner(s) may not always have made soil-appropriate choices with the result that certain plants will have inevitably struggled to do well. But by developing an intimate knowledge of the soil and doing what you can to improve it, you’ll unlock a thousand possibilities in terms of clever design and planting. Not sure? Along with doing a basic soil test (you can buy these in most good garden centres), another good indicator of soil type is the palette of plants that are already growing well in it as well as in neighbouring gardens. For example, species such as spiraea, berberis, ligularia, and yellow loosestrife all flourish in a heavy, moisture-retentive soil while species such as rhododendron, camellia, pieris and magnolia relish an acid soil.

6 Problem plants
Get to grips with any problem plants before you begin any renovation planting. Stubborn perennial weeds are an inevitable part of the plant community of any mature garden but some are more challenging than others. Examples include scutch, creeping buttercup, bindweed, ground elder and the dreaded Japanese knotweed (Fallopia japonica), the hugely troublesome weed first introduced into Irish gardens more than a century ago as an ornamental species before its highly invasive growth habit was recognised. Very common in old, established Irish gardens, I’ve seen tall thickets of it growing right next to newly renovated houses whose owners are blissfully unaware of its ability to root so deeply and extensively into the soil that it can eventually undermine foundations and penetrate walls. Certain species of bamboo can also do the same when left to grow unimpeded, forming woody root balls so extensive and so deep that they can only be removed with a mechanical digger. Common plant diseases such as honey fungus and phytophthora can also be a problem in older gardens. Again, if in doubt, seek the advice of an experienced garden designer.

7 Set goals
Don’t take on more than you can chew. Renovating an established garden can be exhausting and time-consuming work as well as exhilarating and enjoyable. If it’s a large space or you feel overwhelmed by the scale of the task you’re undertaking, then it’s a good idea to break it down into separate sections that will be easier to tackle one at a time.

8 Play the caretaker
Do everything that you can to respect and nurture your new old garden’s wildlife and the wonderfully complex ecosystem that’s evolved in it over time. You’re now its caretaker, playing a vital role in safeguarding it for future generations.

This Week in the Garden

Aside from tulips and hyacinths (leave these until late autumn) , September is a great time of the month to plant most kinds of spring-flowering bulbs. Always make sure to plant only healthy, unblemished, plump bulbs, discarding any that show signs of disease or bruising. Plant to the recommended minimum depth to ensure good flowering and avoid planting into poorly drained soil or in areas of dry, deep shade. Recommended stockists include all good garden centres as well as online suppliers such as mrmiddleton.com and fruithillfarm.com, both of which carry a range of organically produced bulbs that are much kinder to pollinators.

If you sowed an annual flowering meadow seed-mix earlier this year, then the flowers are now setting plenty of ripe seed that can be harvested and saved for sowing next year, an environmentally friendly and affordable way to ensure a generous supply for yourself and gardening friends. Choose a still, dry day to do this, carefully selecting only ripe seedpods and seed-heads that are firm and dry to the touch and brown/ black rather than green in appearance. Your home-harvested seed should be stored in an airtight container in a cool, dark, dry place indoors until needed.

Dates For Your Diary

Oakland officials held a public meeting Sept. 30 to give residents a glimpse of what their main thoroughfares could look like through a proposed Complete Streets project. This was the 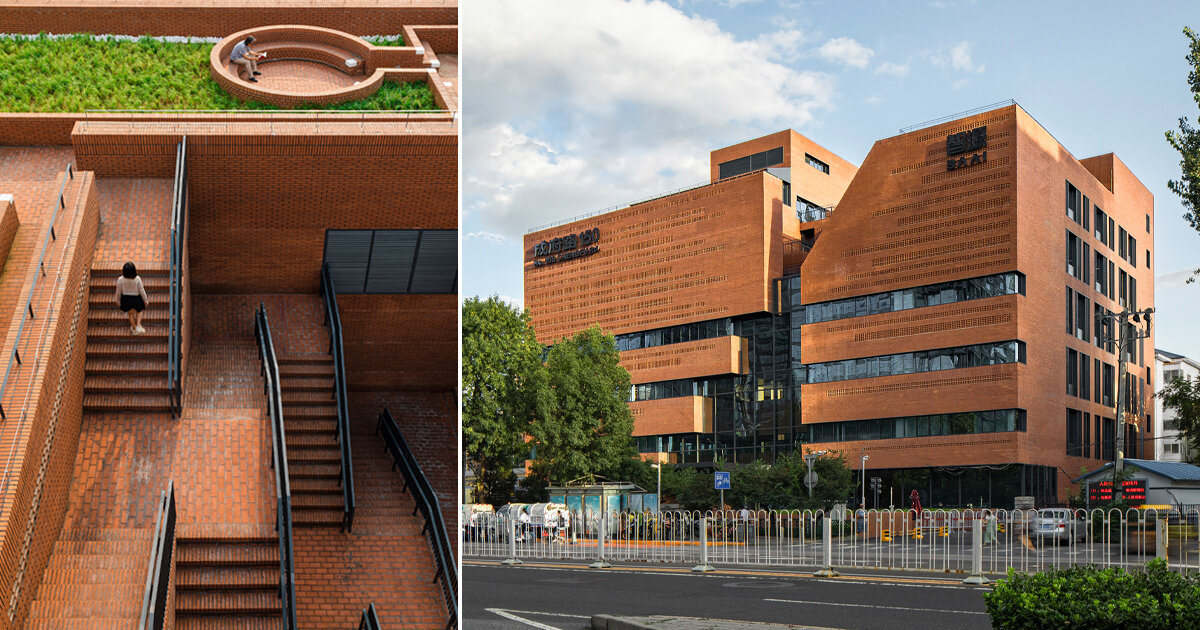 urban renewal by URBANUS   a mixed-use building on chengfu road in beijing, china, has been transformed by URBANUS in an extensive urban renewal project that included façade renovation and

F & B Business
We use cookies on our website to give you the most relevant experience by remembering your preferences and repeat visits. By clicking “Accept All”, you consent to the use of ALL the cookies. However, you may visit "Cookie Settings" to provide a controlled consent.
Cookie SettingsAccept All
Manage consent