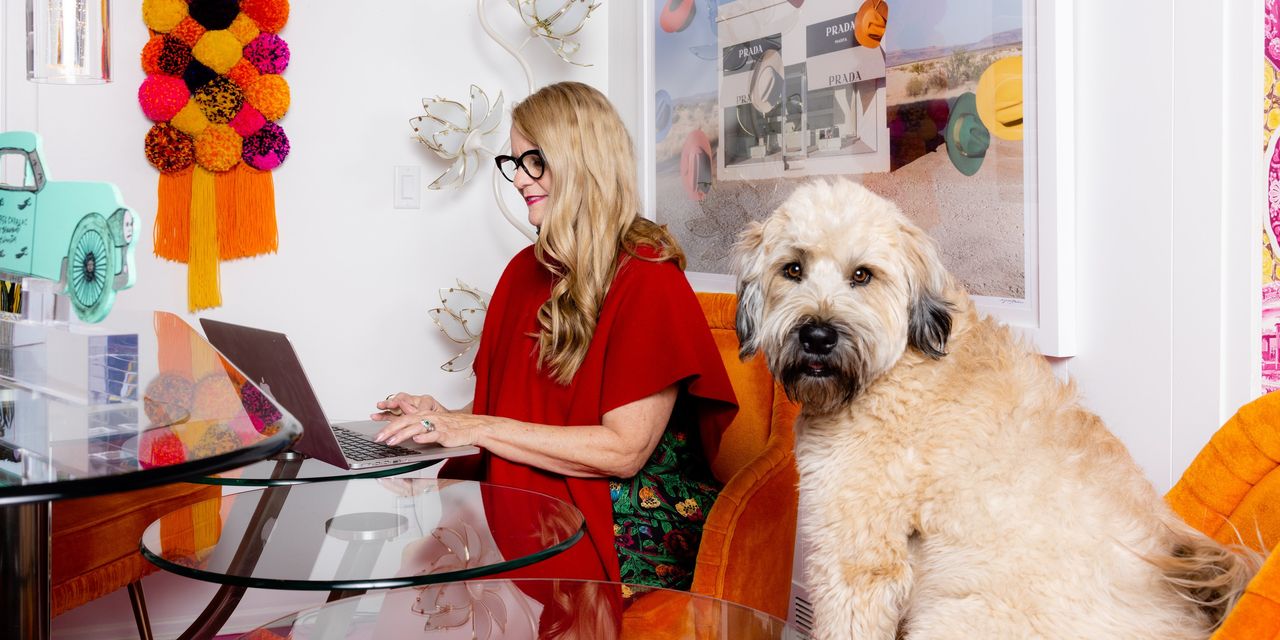 Homeowners feeling pressure to clear out their clutter are taking a different route when that jumble includes a personal collection: committing to a proper display.

A sizable collection can set the tone for a home’s entire design, says Goil Amornvivat, a New York designer who has worked with clients’ amassed dolls, sculptures and textiles. He uses custom shelving, nooks and lighting to emphasize smaller pieces and finds the right space for larger pieces throughout living areas. “When the client comes to us with a collection, we take it seriously,” he says. “It’s a part of who they are, and we really want it to reflect that.”

Here are examples of how some designers work to integrate private collections:

Jeffrey Setzer’s great-grandfather started the Setzer Box Co., a maker of wooden crates, in Sacramento, Calif., in 1927. Nearly a century later, the family still values remnants from the factory floor. In particular, Mr. Setzer has been drawn to the plates used to print labels the company made for shipping crates for various products, including Campbell soup, Kraft cheese, dynamite and fruits. “We saved them from going to the junkyard,” he says.

He saved so many—more than 350— that it took days for interior designer Abby Hetherington to sort through the collection he had stashed away in his Gallatin Gateway, Mont., home.

Ultimately, she found a place for them in the family library. About 200 of the vintage plates cover the ceiling in a way that suggests tin tiles and that complement the room’s reclaimed wood floors.

“We took what could have been chaos, and it became an organized architectural element in the home,” says Ms. Hetherington, who is based in Bozeman.

The library is part of Mr. Setzer’s 3,400-square-foot home, which has 360-degree mountain views and a lookout tower that the designer turned into an office. Guests who walk in are encouraged to look up, says Mr. Setzer. “We were able to preserve our history,” he adds.

Ross Honey was inspired by his move to a 2,400-square-foot Manhattan loft from a window-filled home in Seattle to display the folk-art sculptures he collected for many years, mostly from his travels.

The music-company chief executive enlisted the help of Mr. Amornvivat to create nooks to spotlight the sculptures, masks and others pieces. The two-bedroom home, once a button factory, had plenty of wall space, he says.

“We’ve slowly accrued a collection of mostly 3-D objects that speak to us,” says Mr. Honey, who lives with his wife.

The couple wanted the finished product to look lived-in, not stuffy, he adds.

Ross Honey worked with Ammor Architecture to create custom shelving for a folk-art collection in the Manhattan loft he shares with his wife.

The Honey family’s dog, Güero, rests on the Roche Bobois Mah Jong sofa. The art was purchased during travels.

Mr. Honey spent years collecting the 3-D objects that are now on display in his 2,400-square-foot home.

Some of the Honey collection.

Creating a space for each piece took time, especially because not all of the works can hang on the wall, says Mr. Amornvivat, who worked with Thomas Morbitzer on the design. Built-in ledges in the dining area display smaller art pieces, such as a whale vertebrae sculpture and traditional Peruvian masks. A hand-painted, wood-carved Alebrije grasshopper from Oaxaca, Mexico, is set on an acrylic cart in the living room.

“We want to make sure it’s not cluttered, with white spaces around it and treated like art,” says Mr. Morbitzer.

Beecher and Robin Abeles felt it was a must to work their National Geographic collection into the interior design of their newly built home in Glencoe, Ill. Four generations of the family had collected the magazines since 1905—shortly after its 1888 launch—and most of the earlier issues were in leather-bound books.

Designer Pam Maher used dark wood accents in the home library to complement the leather. She also measured shelf space to leave room for other objects.

“We did the math on the linear feet and designed the bookcases to accommodate that,” she says.

What personal collection do you have at home, and how do you display it? Join the conversation below.

Once the shelving was installed—at a cost of about $38,000—a staffer from Pam Maher Design, based in Highland Park, spent an entire day arranging the magazines in chronological order and interspersing each shelf with items from the couple’s travels.Other family books and later magazine issues are decidedly not on display. “We wanted to have the uniformity of that collected look,” the designer adds.

When it came time to move into a contemporary three-bedroom farmhouse in Yarmouth, Maine, Paula Ferguson knew she wasn’t leaving her furniture collection behind.

Her husband, Bruce Ferguson, first gifted her a blanket box from Maine designer Thos. Moser in 1988. Since then, the Fergusons have acquired a sleigh bed, a dining table and 17 other pieces, all signed by the designer.

Ms. Ferguson considers the minimal Shaker-style, black cherry pieces timeless and suitable for any home interior. “It’s a beautiful wood,” she says. “I would always look longingly at the furniture.”

Still, designer Nicola Manganello had to reimagine the furniture collection for the couple’s new, more modern home. She added one of the couple’s favorite pieces—a Thos. Moser bench previously in a home office—to a dining-room set, then repurposed a dining-room sideboard as storage space in the foyer. “We use the pieces in different ways than she had imagined them, which helped with getting her out of her old-home mentality,” says Ms. Manganello.

Ms. Ferguson, who is retired, says she is thrilled with the results, and is no longer interested in expanding her collection. “We have as much as we need,” she says.

Julia Buckingham, an interior designer, for years enjoyed purchasing an occasional portrait, imagining for each one the back stories of the person or how they could be related to her own family. But when her husband noticed about 10 year ago her “thing for women’s portraits,” it sparked her interest in diversifying the collection mix. “I started my collection by adding men to it,” she says.

Ms. Buckingham was finally able to hang her entire collection of about 200 portraits on canvas and wood when she moved into her 2,900-square-foot Midcentury Modern home in Scottsdale, Ariz. She spent $1.8 million, including the 2019 purchase price and renovations.

Ms. Buckingham displays her collection throughout her Arizona home.

Ms. Buckingham working from home with her dog Georgia May. Another dog, Cash, is under the table.

Rather than creating floor-to-ceiling gallery walls, she chose spaces where the portraits would run along an entire wall at a person’s natural sightline. She separated some of the larger canvases to create colorful nooks throughout the home without overwhelming visitors. Her favorite is a lot of 11 portraits by abstract artist Thomas Pulgini.

“They have a lot of whimsy and aren’t too serious,” she says.

For car collectors, displaying their prized possessions takes plenty of space—and some difficult logistics. To incorporate her client’s vintage-car collection, interior designer Michele Lorenz knew she needed a wow factor, and lots of room to pull it off. Drawing inspiration from the ’80s teen flick “Ferris Bueller’s Day Off,” she designed a custom garage for up to 13 cars, which are primarily vintage Porsches. The three-story garage, including basement, incorporates pop-art wallpaper, a red Le Corbusier sofa and geometric shapes. A lift moves the cars between floors so they can be part of the daily lives of the homeowners, who declined to be interviewed.

Visitors to the Austin home are often most impressed by the classic BMW that Ms. Lorenz has attached to the wall. Her client bought the nonworking car, gutted it and restored the shell. “It kind of looks like it’s driving on the wall,” says Ms. Lorenz, a senior designer at Mark Ashby Design in Austin.

Corrections & Amplifications
The last name of Aimée Mazzenga was misspelled as Mazzenda in an earlier version of this article in the credit for a photo of custom shelves for the bound periodicals collection. (Corrected on Jan. 14) 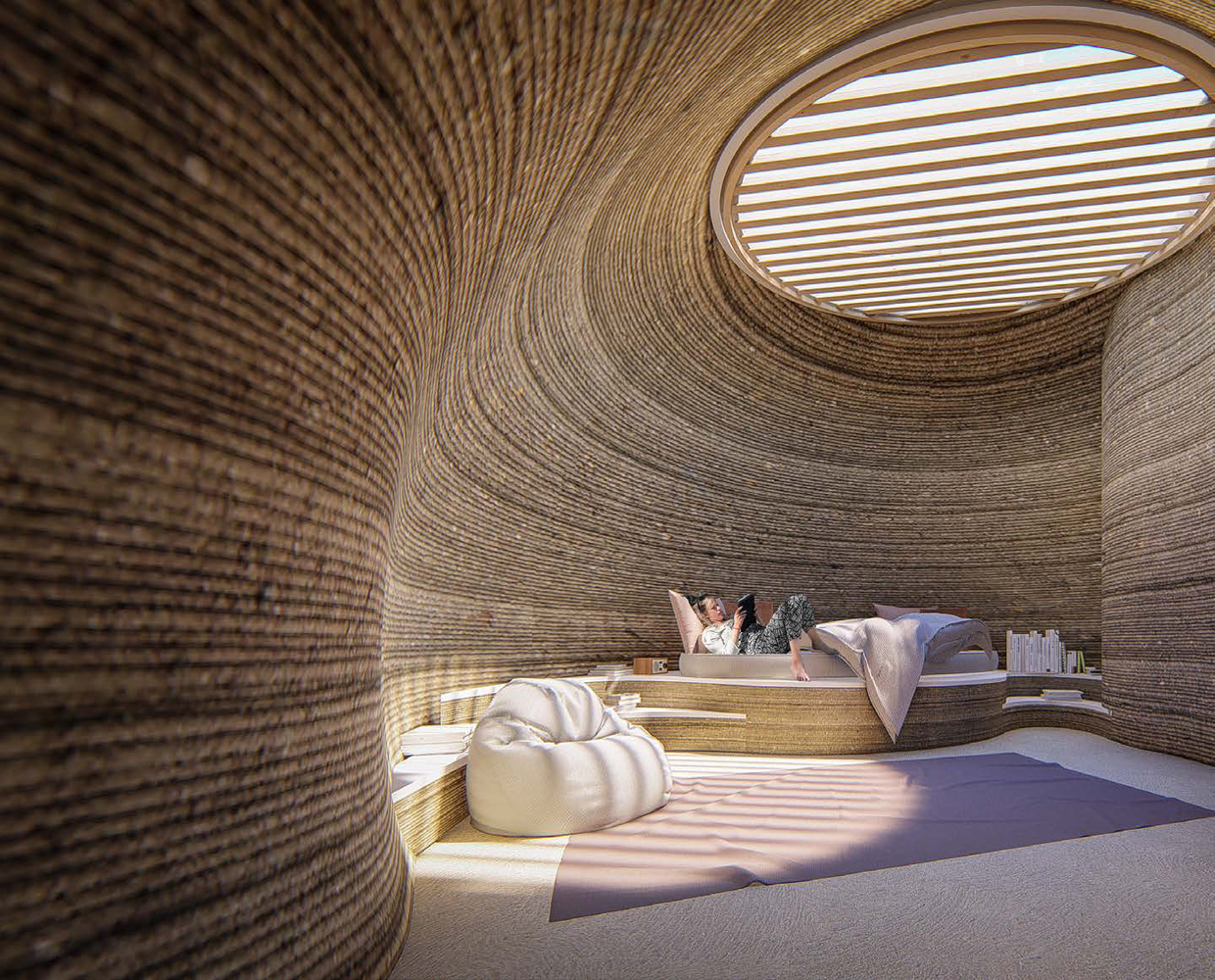 Workstead reveals interior design for the lobby of One Prospect Park Two years in the making, Workstead’s luxury interiors for Brooklyn’s historical One Prospect Park West development are unveiled Over two years since

Food and Travel
We use cookies on our website to give you the most relevant experience by remembering your preferences and repeat visits. By clicking “Accept All”, you consent to the use of ALL the cookies. However, you may visit "Cookie Settings" to provide a controlled consent.
Cookie SettingsAccept All
Manage consent