The interior designer’s eye for trimmings emerges in the most unexpected corners. It’s in the gently used silverware she inherited from her grandmother, in the art her children make for their father which is carefully stored, and the art on her walls that she has been collecting through the years. The furniture isn’t a copy-paste job either. It mixes global brands (Fendi, Kartell, Natuzzi and Splendour), alongside Indian artefacts (Phillips Antiques, Moorthy’s, Souk Studio and Manglam Arts Jaipur). Among the startling design juxtapositions around is an antique palkhi holder from Chennai and an old monstrance from a Portuguese church in Kerala on one of the tables.

Rao Pittie’s obsession with art and objets d’art reflects through eclectic custom-made pieces of varying proportions strewn across the home. Incidentally, Rao Pittie’s mother was on the board of the National Gallery of Modern Art and she’d often curse her luck while traipsing in and out of galleries as a child. But as fate would have it, art ultimately became an intrinsic part of her life. “I literally design a room around the art,” says Rao Pittie. So neither the MF Husain mounted on a frame custom-designed by her, nor the lightweight sinuous metal sheath of gold by Peruvian sculptor Aldo Chaparro look out of place among the Akbar Padamsee, SH Raza, Nalini Malani and Reena Kallat works dotting the walls. It’s clear that love is in the details for her. Nearly an entire wall is dedicated to a sprawling work by Anita Dube, which uses a series of ceramic-enamelled Shrinathji eyes, crafted by the artisans from Nathdwara temple. “During the lockdown, I couldn’t get the artist to install it herself so I brought in a stencil artist and mounted this work on panels in cement,” says the designer, who has worked with experts like Kanchan Puri-Shetty for lighting, Kapil Thirwani for bar acoustics and Taera Chowna for landscaping.

Whimsy is another defining character across this home, and it is best seen through a bunch of champagne buckets stacked up to make a tiered etagere. “It was an eccentricity. I saw these buckets in Italy and thought I would make a table of them,” she recalls.

A glass bowl by artist Hanne Enemark, baskets from Heirloom Naga and a balti vase from Ikkis play off the reflective hologram-hued Hatsu coffee tables. But the pièce de résistance remains a self-designed, dramatic white tree chandelier which stretches from the ceiling to the wall. Just as I begin to wonder if this may not work out well for two children playing catch, Rao Pittie clarifies it’s where the kids freely hang their Christmas tree baubles.

Inside Rhea Kapoor and Karan Boolani’s new home in Mumbai

There’s a lot that goes into redesigning a room and transforming it into a space that fits your personal style. Kristen Pawlak, owner and interior designer at KP Designs/ Decorating 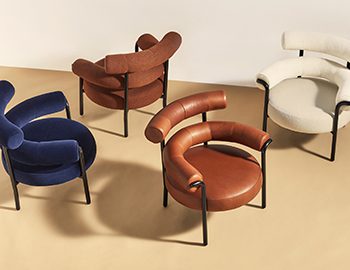 Despite its ubiquitous association with Japan, origami’s history is shrouded in mystery. Some say the paper-folding techniques were imported from ancient China, while others insist they were invented in Japan.