For Electrification, US Air Force Makes Robot Do The Heavy Lifting The US Air Force has been trying to upgrade its munitions handling equipment for years, and it has just announced that a robot has won the job. The idea is to improve precision and safety, reduce noise, cut the use of diesel fuel, and give the Air Force a leg up on its electrification plans.

At this writing, investigators are collecting evidence of mass executions and other atrocities committed in Ukraine by Russia. Millions are fleeing and in need of assistance. To help refugees from that conflict and others, donate to the International Rescue Committee or other reliable aid organizations.

A New Robot For The US Air Force…Eventually

The Air Force uses a diesel-powered truck called the MHU-83 Jammer to transport and lift bombs into aircraft, which sounds a bit tame but is actually a critical task. After all, what is a bomber without its bombs?

MHU stands for materials handling unit and “Jammer” is the nickname. Back in 2003 the Air Force studied the concept of a hybrid electric Jammer, and it took note of various benefits:

“By converting the MHU-83 into an HEV, the U.S. Air Force will improve fuel efficiency, improve emissions, and eliminate, at the very least, the need for an auxiliary power cart. This dual-use technology will meet a variety of markets, ranging from power generation, to more efficient forklifts,” they enthused.

So Close & Yet So Far

The study included a look at the feasibility of electrifying the hydraulic system with electric motors, but apparently a next-generation robotic lift was not in the cards.

By 2015, the US Air Force was very excited to receive an order of new, nuclear-certified MHU-83 Jammers to replace its existing fleet of 20-year-old lifters, even though the hydraulic system had a major flaw in the hosing that sent truck after truck to the repair shop.

All’s well that ends well. Air Force technicians spotted the problem and came up with a quick, relatively inexpensive fix to prevent accidents such as dropping a 5,000-pound bomb on the tarmac during the loading process.

“The new line will improve safety for the weapon loaders as well as improve efficiency and save money,” the Air Force remarked at the time, but apparently it was already scouting around for a next-generation solution.

The Many Advantages Of Electrification

“The startup’s core technology is an electrically powered mechanical linear actuator with all of the abilities of a hydraulic cylinder but vastly improved efficiency and control,” the Air Force explained.

In the latest development, last week the Air Force tapped RISE Robotics for a new $1.7 million award, which could eventually lead to the electrification of hundreds of Jammers as well as other equipment if all goes according to plan.

The US Army is interested in RISE Robotics’s technology as well, and little wonder. Compared to conventional hydraulics, RISE describes its lift system as “more efficient, durable, and precise…doubling runtime, reducing maintenance intervals, and enabling unparalleled control under any conditions.”

“The proprietary steel-reinforced flat belts support high load density and deliver a long service life that enables operators and owners to perform the same job that their diesel machines performed without the mess and maintenance issues of hydraulic systems,” they emphasize.

“RISE™Technology cost is comparable to a modern hydraulic system but eliminates the fluid, reservoir, pumps, valves, blocks, seals, lines and hoses, not to mention cooling system and maintenance costs,” they add. They also note that the system relies on passive cooling, so it requires no antifreeze.

RISE Robotics also emphasizes that its equipment is quiet, enabling personnel to “better concentrate on their work and communicate among themselves,” which is a good thing when handling 5,000-pound bombs.

Aside from cutting through maintenance costs like butter, RISE Robotics also addresses a key priority of the US Department of Defense, which is to reduce the use of toxic substances.

“One liter of hydraulic oil can pollute up to one million liters of water,” the company notes.

As for the planet-saving angle, RISE Robotics states that its lift system can deliver superior performance at half the total energy consumption compared to a conventional hydraulic system, with 65-90% energy savings for the actuator features alone.

Part of the savings comes from designing the lift version of regenerative braking into the system.

“The high reduction, belt-driven linear power transmission has native regenerative lowering which returns energy back to the battery, charges the battery, and reduces the overall energy demands on the battery-electric machine,” RISE Robotics explains.

The steep cut in energy consumption dovetails with the Air Force’s carbon-negative vision for the Department of Defense. It has been pushing the clean tech envelope in all directions, and RISE is just one piece of a very large puzzle.

Carbon-free flight may be the first thing that comes to mind for decarbonizing USAF, but human-piloted electric aircraft are not ready for their national defense close-up. Biofuel is another avenue that has yet to bear fruit at scale, though other forms of synthetic fuel could be on the horizon.

Instead, the USAF has been getting plenty of planet-saving action from its ground operations. It has been milking the low hanging fruit of energy efficiency upgrades at its facilities around the world, deploying tried and true technology that is already at hand. It also keeps a steady eye on the decarbonization policies of its host countries.

The principles that drive the upgrades are to “design and implement electrical systems that comply with the newest building codes, help achieve green building certifications, and support ‘active’ energy management programs compliant with global best practices,” the Air Force explained in an email to CleanTechnica last year.

All This And Space Solar, Too

The Air Force is also known for pushing the market for solar energy, as an early adopter of utility scale solar arrays at its air bases here on Earth. Now it has set its sights on making space solar happen, which would be nice to have from a national defense point of view.

It’s also important to note, though, that the equipment for rapid decarbonization is already here, at hand, in the form of new energy efficient systems as well as renewable energy. The wheel has already been invented by engineers and scientists. Now it’s time for global policy makers to do their job, and shut the door on the global fossil energy economy.

Have a tip for CleanTechnica, want to advertise, or want to suggest a guest for our CleanTech Talk podcast? Contact us here. 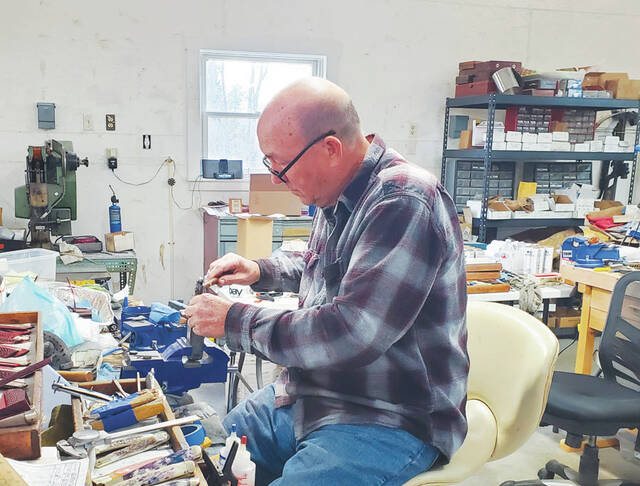 Cooper puts the final touches on a knife at his workstation. (Photo by Ashley McCarty) By Ashley McCarty People’s Defender Cooper Cutlery, LLC, of Winchester, Ohio, has rapidly ascended in 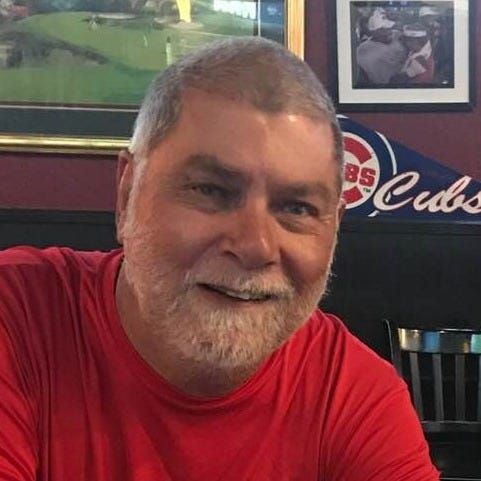 I must respond to the April 8 guest column in which the writer questioned the “veracity” of my Jan. 22 column on the use and abuse of the Legacy Trail by 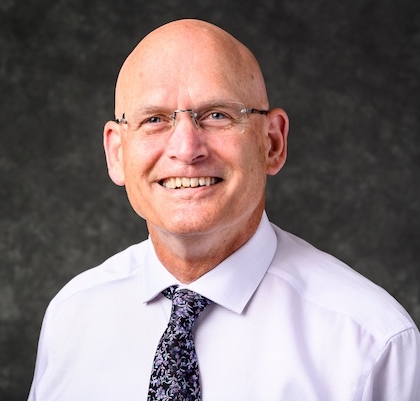 Blockchain
We use cookies on our website to give you the most relevant experience by remembering your preferences and repeat visits. By clicking “Accept All”, you consent to the use of ALL the cookies. However, you may visit "Cookie Settings" to provide a controlled consent.
Cookie SettingsAccept All
Manage consent