Some of the firm’s most notable work includes the redesign of Hayden Plaza in New Orleans to restore the existing sculpture design and provide new seating, lighting and landscape planting features to reimbue the plaza with a cultural significance to continue honoring the memorial to Martin Luther King Jr. In Haiti, Design Jones worked to rebuild and restore the city of Jacmel, a city that was influential to the architecture and urban design of New Orleans, after a devastating earthquake.

In addition to her practice, Jones Allen has been a professor of landscape architecture at the University of Texas, Arlington, since 2014. Prior to her appointment at Texas, she taught at Morgan State University for nearly eight years.

A respected author, Jones Allen penned “Lost in the Transit Desert: Race Transit Access and Suburban Form,” published by Routledge Press in 2017, and is the co-editor of “Design as Democracy: Techniques for Collective Creativity,” Island Press, 2017. She also is part of a cross-disciplinary team that won the 2020 Skidmore, Owings & Merrill (SOM) Foundation Research Prize, which focused on examining social justice in urban contexts.

A participant on the 2017 ASLA Blue Ribbon Panel on Climate Change, Jones Allen serves on the board of the Landscape Architecture Foundation as vice president of education for the 2021 year. She also was appointed as a garden and landscape studies fellow at Dumbarton Oaks for the 2021-22 academic year.

Jones Allen received her undergraduate degree in painting from Washington University in St. Louis and went on to receive a master of landscape architecture from the University of California, Berkeley. She also earned a doctor of engineering degree in transportation engineering at Morgan State.

Allen received the Distinguished Alumni Award in March 2017 from the College of Environmental Design at the University of California, Berkeley. He is currently on the board for the Black Landscape Architects Network and is a member of the Honorary Committee for Olmsted 200, the national celebration of Frederick Law Olmsted’s 200th birthday in 2022. 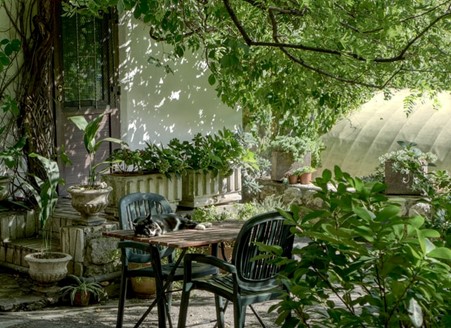 Luke Taylor Peever of Baton Rouge is the Owner of Lightscape Designs and a contributor to several construction and landscaping publications. In the article below, Luke Peever explains some of

All-America Selections’ 2021 Landscape Design Challenge theme was Diversity in the Garden, inspiring the AAS Display Gardens with a platform to create their own diverse garden using the resources they

Health
We use cookies on our website to give you the most relevant experience by remembering your preferences and repeat visits. By clicking “Accept All”, you consent to the use of ALL the cookies. However, you may visit "Cookie Settings" to provide a controlled consent.
Cookie SettingsAccept All
Manage consent