GLBT AMERICA gardening A Double Lot In Bucktown Has Sat Vacant Since October, Waiting To Be Developed. Neighbors Want A Community Garden Built Instead

A Double Lot In Bucktown Has Sat Vacant Since October, Waiting To Be Developed. Neighbors Want A Community Garden Built Instead

BUCKTOWN — Neighbors have launched a campaign to turn a vacant Bucktown lot into a community garden — but they need to raise a substantial amount of money to make it happen.

The double lot at 2133-35 W. Charleston St. has sat empty since October, when a developer tore down a more-than-century-old workers cottage that stood on the property.

The developer, Alexander Dyer, intended to build a two-story, single-family home on the property, according to zoning records. But Dyer sold the property to another developer in December, county records show, leaving the fate of the lot uncertain.

Now, citing a dire need for green space in the neighborhood and to preserve the character of the block, neighbors are banding together to try to buy the property.

Their goal is to turn the lot into a community garden that would be public land forever. Under preliminary plans created by a landscape designer, the site would host gatherings, live cooking demonstrations and more.

“I think it presents an incredible opportunity to do something lasting and meaningful to better the community and better the planet,” said Leah Moskoff, who lives next to the lot and is spearheading the effort. “So many communities in Chicago have community gardens, and it’s surprising to me that Bucktown doesn’t have one.”

The property’s current owner, Josue Sabillon, said this week he’s willing to sell if “the right deal came about,” although he declined to give a specific price.

That offer includes a deadline: An agreement would have to be reached before Sabillon receives permits to build on the lot, a process that could wrap up in the next month or two, he said.

For Moskoff, the fight for a community garden has become intensely personal.

Moskoff has lived in the neighboring workers cottage on the 2100 block of West Charleston since the late ’90s, spending more than a decade painstakingly renovating the interior and exterior, doing much of the work herself.

The house is set back more than 60 feet from the street, similar to the workers cottage that was torn down in October. The large setbacks created expansive front yards, which can be found on lots sprinkled throughout Bucktown, Moskoff said.

Equal in priority to the house for Moskoff has been her own garden, which she did all the landscaping for. It’s been a regular stop on the annual Bucktown Garden Walk, punctuated by a large magnolia tree in the middle.

But Moskoff fears her investment in the house and yard, which she often describes as her life’s work, could be at risk after the lot was bought last summer.

The original developer of 2133-35 W. Charleston St. sought a zoning variation that would have allowed him to build a two-story home 7.5 feet back from the street, according to an application filed with the Zoning Board of Appeals last August.

Because the house to the west of Moskoff’s also sits close to the street, the project would have essentially turned her yard into a tunnel, she said.

Moskoff worried the new house — and any similar ones in the future — would block sunlight from her garden and front windows and tank her property value.

“I bought a house not in a courtyard but next to a house exactly like mine,” she said.

After almost a year of searching for a compromise with developers and a whole slew of challenges, including damage to her house when the workers cottage next door was torn down, Moskoff has turned her focus to making the community garden a reality.

Moskoff sees the project as a way to save her property’s unique charm and value and also be a public resource for Bucktown.

“… Everybody was really upset about the potential of losing the flavor of this street. And so it wasn’t a wasn’t a far cry to be like, ‘Wouldn’t it be great to have a garden there, to have a community garden there?’” she said.

Ben Roberts, who has lived down the street for more than a decade, called the garden a “fantastic” idea.

“It’s an alternative to this development that does a lot to modify the character of the block,” he said. “A building and development like that tends to dissipate the sense of community. This would do the very opposite: It would create a space where people can meet, come; depending on how it’s managed, others outside of the neighborhood could benefit from it.”

Moskoff envisions the garden as a celebration of nature, food and healthy eating.

To help pull that off, Moskoff’s working with Angela Bowman, a landscape designer who drafted a potential design for the project.

The plan Bowman came up with features a demo kitchen for live cooking demonstrations, beds for herbs and various “rooms” featuring benches and trees. It also emphasizes native plants and includes ramps down to the garden, as the lot is sunken below street level.

Bowman said the Bucktown garden is a unique opportunity to preserve and promote nature in a dense urban environment, and it could be especially attractive to neighbors after two years of social isolation during the pandemic.

“The events of the last couple of years have really underscored things that … a lot of garden lovers already knew and felt strongly about, which is that this is one of the most literally life-giving activities and spaces you can have in an urban environment,” she said.

Bowman said her design is just a first draft, and it could change significantly after community input.

“I really liked this design. I’d be thrilled if it goes forward. But I think its primary purpose right now is just spark people’s imagination. Give them a sense of what can be possible,” she said.

Moskoff has also forged a partnership with NeighborSpace, a nonprofit land trust which manages 130 community gardens across Chicago.

The group helps manage the Bucktown Community Green, a small stretch of green space behind the Bucktown library on Milwaukee Avenue.

NeighborSpace Director Ben Helphand said there’s not a proper community garden in the Bucktown area. He’s thrilled about the potential of the lots of Charleston Street.

If the proposal for the lot moves forward, Helphand said his group would act as the fiscal agent for the project, soliciting donations.

“We realize that a group of neighbors, they’re not set up to acquire these properties. So this is where NeighborSpace can step in and help as as donations come in,” Helphand said. “We can hold those dollars, and then once we’re ready to purchase it … we can acquire the land on behalf of the community.”

Helphand said NeighborSpace would be a “steward” for the land in perpetuity, handling everything from insurance to tree care and mulch delivery.

“We’re there to help and assist and provide ‘air support,’ but it really is the neighbors is doing the legwork, talking with each other. Leah and the other folks working on this have reached out to donors and gotten pledges and built those relationships, and that’s going to form the nucleus of this,” he said.

It’s not clear how much community members would need to raise to buy the lot.

While Sabillon remains open to selling the land, he said it’s premature to discuss a price.

“There are multiple parties involved during this process,” Sabillon said. “I think once those individuals come up with an offer, I’ll be very, very happy to to entertain that offer. But unless I’m being presented with an offer, I don’t feel that it is appropriate to discuss hypotheticals.”

Moskoff estimated the sale price would be $1-1.5 million for the double lot, but also didn’t have an exact number.

Sabillon, who owns Axios Construction, said he’d likely need to see an offer from the community before he receives permits to build either a “single-family home or two single-family houses,” a process that will likely wrap up this spring.

“Once we get to a point where I have permits, it’s going to be very difficult for me to turn back around and then sell. So we are in the process of developing plans. And if we’re able to come to an agreement before we’re able to get our permits, then I think it could work,” he said.

Moskoff’s solicited about $100,000 in pledges for the garden from neighbors in the property’s immediate vicinity, and she is in talks with larger philanthropic interests, she said.

Moskoff wants the community garden to act as a central hub for the event, which takes place every July and features tours of neighborhood gardens, on top of a block party, musical performances and more.

The garden walk and other events would be one way the garden could help recreate a “certain closeness” that has been lost in Bucktown as the neighborhood has gentrified, pushing out many longtime residents, Moskoff said.

“Many have been displaced over the past couple of decades through gentrification, while some of us are still fighting to hold on to the place we’ve always called home despite rapid and often out-of-reach rise in property taxes,” she wrote in an email this week.

“I see the community garden as a means to facilitate more interactive community engagement and help us grow together (by growing together).”

Anyone interested in getting involved in the garden campaign can email Moskoff at [email protected] or join the Friends of The Bucktown Community Garden Plan Facebook group.

Click here to support Block Club with a tax-deductible donation.

Thanks for subscribing to Block Club Chicago, an independent, 501(c)(3), journalist-run newsroom. Every dime we make funds reporting from Chicago’s neighborhoods. Click here to support Block Club with a tax-deductible donation.

Listen to “It’s All Good: A Block Club Chicago Podcast”: 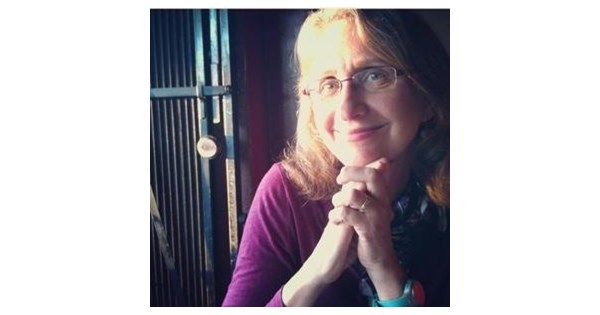 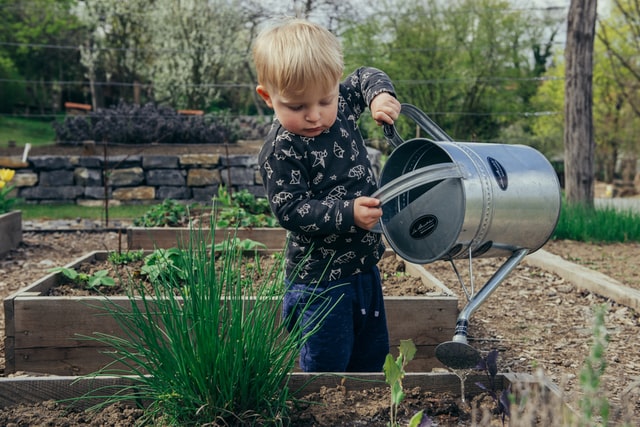 Below is a list of the top and leading Gardeners in Wichita. To help you find the best Gardeners located near you in Wichita, we put together our own list

Business and Finance
We use cookies on our website to give you the most relevant experience by remembering your preferences and repeat visits. By clicking “Accept All”, you consent to the use of ALL the cookies. However, you may visit "Cookie Settings" to provide a controlled consent.
Cookie SettingsAccept All
Manage consent